Hisao Sato
COVID 19’s measures “いのちの総合相談会(life consultation)” starts. The virus ”corona” that started in China quickly spread throughout the world, resulting in a terrible disaster with more than 8 million cases and 400,000 dead. Even in Japan, the number of cases exceeds 10000 and the number of deaths is approaching 1,000. Among them, Akita prefecture has stopped the number of cases to 16 and has become one of the few prefectures in Japan that has no deaths. However, due to immigration restriction, restrictions on going outside and refraining from doing business during this period, hotels, restaurants, tourism, subcontractors, etc. are in a difficult economic situation. Based on the economic contraction such as the increase in bankruptcy and the loss of employment, it is necessary to take preliminary measures focusing on the ”economic problem” Strict adherences on 3 Cs, We will start our COVID 19 measure with “ いのちの総合相談会(life consultation)”in July 2020 with long term consultation Experience and knowledge . 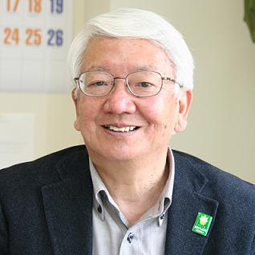 Hisao Sato
None Government Organization “Kumo no ito” (spider’s thread) is stationed in Akita Prefecture, the northern part of Japan. Akita of which population is around one million has stood at the nation’s worst record in the suicide rate per 100,000. The NPO, Kumo no ito, was founded in June, 2002 for reducing the number of suicide in Akita. Our activity has come up to the 15th anniversary this year. Fortunately, the number of suicide in Akita last year reduced to 240, peaking at 519 in 2003, decreasing this amount accounts for almost half of its record.

We are introducing our real activity toward international community as “Akita model,” a pioneering action program in Japan

Hello, everyone.
I am Hisao Satou of NPO Corporation.
I have been doing suicide prevention activities for the past 17 years.
Akita Prefecture has the worst suicide rate in Japan.
Now, I will speak about the 「Akita Model 」and its suicide measures.

In May 2005, the NGO LIFELINK collaborated with a member of the parliament to bring about the first forum on suicide. At the forum, LIFELINK and other NGOs submitted urgent proposals for comprehensive suicide prevention. The Minister of Health, Labour and Welfare, who attended the forum, vowed on behalf of the government to tackle the issue of suicide. (Preventing suicide report WHO 2014) 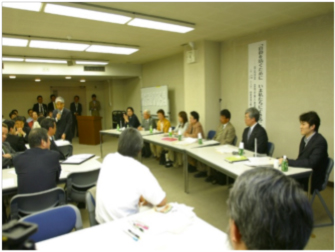 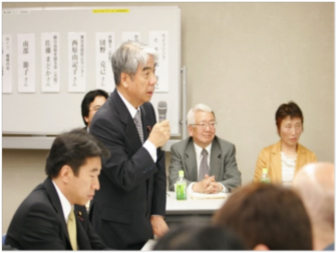